Coming till the last days of months, finding any remaining penny is nearly difficult. Yes, although with rising in technology, there are demands of more jobs, more money, the time of revolutionary era that is changing perceptions, what remained unchanged is the management of money. You never know when there will be the urgent need for money.

For those the knight in the shining armor, Kadki Finance is a firm that helps people through short-term financial crisis. It offers a platform that is simple, fast and reliable for short term loans. This Pune based startup launched in November 2015 by two saviors Purushottam Rameshwar Kadam (22) and Akshay Prakash Chavan (21).

From Where the Idea clicked

The duo was always helping out who needed money. Once during a medical emergency, they could not make it for one of their friends whose salary was one week far. He did not have enough credits for an emergency even when he earns 30,000 per month. So, they advised him for a local moneylender, who charged him at an interest rate of 10 percent per month. That was the time when the founders realized the criticality of money during urgent hours and then Kadki born. After a long effort of including lenders in the startups, they succeeded.

Purushottam says that the loan sanctions are lengthy procedures with a lot of paperwork. So the duo developed software to shorten the process in which the customer needs to fill necessary details and submit. The team will follow up with the phone call as soon as the request is received and the customer will get money within 24 hours.

Payday Loan, a term known for what Kadki is following. It might be a new concept that is generating interest in India, but there are already such banks and startups in West providing short term loans. A report by the Center for Federal Deposit Insurance Corporation for Financial Research in that territory also states that due to very low default rates, the payday lenders’ market seems to be attractive to investors as well.

Matrix Partners-backed Finomena is a firm that provides a loan to students and young professionals. Also, Blume Ventures and Tracxn Labs-backed Buddy offers short-term loans to the college student by monthly payment plans. Flipkart, Amazon, and Snapdeal are the major partners of the company. P2P platforms like i2ifunding and Mohandas Pai-backed Faircent can be listed too in short term loan provider firms.

Unlike other platforms, their complete focus is on the urgency of money, which reflects by their procedure. They developed a system that takes only a few hours to complete the legal verification process. Filling up of necessary information and KYC documents is done through an email. The executive meets the customer within 24 hours for signing up the loan agreement. After that, it hardly takes 10 minutes to transfer money to the client’s bank account.

In starting the company was having 10 to 20 customers, which now has increased to more than 600 happy customers and 100 pending requests. Also, they see nearly 99 percent repayment rate. For those customers, those cheques are bounced they have to pay the late fee and the cheque bounce charge with the next month’s salary.

At present, the Kadki is generating real revenues, and according to founders they will be soon break even. They are looking forward to the expansion in the main cities like Delhi, Mumbai, and Bengaluru. Also planning to increase funding for the market development, and to strengthen technology and fraud control system, the firm will incorporate security methods such as biometrics and Aadhar linking.

I am ToOLOwl. I have few friends in my nest; whenever someone requests a tool’s review or I pick a one out of my interest, someone in the nest does research on the tool, someone takes a tool’s walkthrough and some of them share their experiences and expert advice. Based on all; I give it a  stereoscopic vision and present important insights for you to go through and ease your selection process for tools. Wish you Happy reading, Easy choosing.
Previous Impact of Social Media on The Product
Next Easy Accounting software Product Review- Canopy 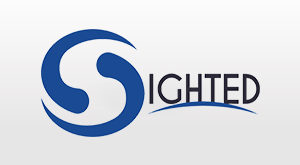