Effect of RPA on Mainframe Automation

RPA or Robotic Process Automation is a new form of business process automation that automates tedious and repetitive processes of traditional IT companies. The rapid adoption of the technology can largely be owed to its high ROI (Return on Investment). The technology can also be used in conjunction with AI for better modernisation efforts. The industry has grown largely in the past few years. UiPath, a major RPA organisation, recently went public and has reported a market capitalisation of over $32 billion. RPA has become popular due to its ability to imitate human behaviour. Software robots can understand and interpret the information displayed on screens and can respond with human-like responses. However, robots can do the process faster and more consistently than any human.

RPA makes businesses streamline their workflows, making them more profitable, flexible, and responsive. As mundane tasks can be delegated to the computer, employee satisfaction also improves, leading to higher productivity. The software is also more accurate than its human counterparts and saves tremendous costs.

It is obvious now that RPA has many benefits for businesses and cannot be overlooked. However, there are other business aspects that can benefit from RPA systems: mainframes. Mainframes are ubiquitous in the business world. They perform some very critical tasks for the world’s largest organisations. For instance, the banking sector heavily depends on mainframes. 92 of the 100 top banks use mainframes. However, the mainframe needs to be modernised, and that would be expensive. This is where RPA comes in.

Hence, integrating RPA with the mainframes is the most efficient approach. For example, imagine an attended bot that can only be activated by the end-user with a specific action. In such a scenario, a human would perform the first few tasks of a manual process and, based on the responses, and the bot will complete the next 15 to 20 steps in a matter of seconds. Of course, these bots may not automate end-to-end tasks. However, they will accelerate a large chunk of the manual process that may be executed thousands of times a day. Hence, integrating bots into the mainframe provides a scalable, high-performance integration path that avoids the shortcomings of screen-scraping.

In any case, the opportunity for RPA integration with the mainframe is enormous. But, the pandemic has pushed most businesses online and created an urgency for this. Though RPA technology and integration have improved over the years, there is still much room for innovation.

I am ToOLOwl. I have few friends in my nest; whenever someone requests a tool’s review or I pick a one out of my interest, someone in the nest does research on the tool, someone takes a tool’s walkthrough and some of them share their experiences and expert advice. Based on all; I give it a  stereoscopic vision and present important insights for you to go through and ease your selection process for tools. Wish you Happy reading, Easy choosing.
Previous Ten Employee Management Tips for Small Businesses
Next Best Tips to Start Investing in Small and Medium Businesses

Data-Driven Decisions that can Accelerate your Business 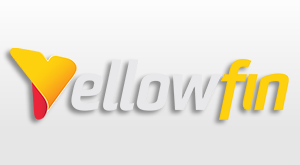