Why Viral Loops is getting Viral..??? 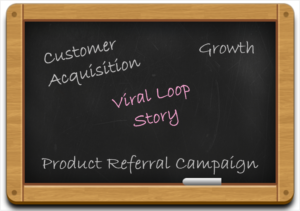 VIRAL LOOPS initially developed as a product of GrowthRocks where GrowthRocks is growth hacking marketing agency co-founded by Savvas and Theo that helps startups and industry giants to achieve rapid and sustainable growth.

After working with dozens of startups and big companies, the company realized that customer acquisition is still a challenge for the Growth of any company. So, after a lot of research and nearly about 348 varied market experiment,s the team came up with the idea of VIRALITY.

The word VIRALITY looked fascinating but in reality, it was really difficult to make it real. It was a back-breaking task to design and engineer it. As it was not yet another marketing strategy, it is a really cumbersome task to build viral loops, as so many things need to work together so that the product starts getting a meaningful amount of customers from referrals. So, it becomes necessary that the idea of VIRAL LOOP or REFERRAL Campaign resonates through the user and the product.

Traction In the path…..

There were many challenges in the such as:

But as is said “ALL WELL THAT ENDS WELL” and finally VIRAL Loop came into existence in spite of so many challenges.

But The Question Is How Did They Raise Such a huge Sum of Money….???

Initially, they found a few paying customers, as VIRAL LOOPS went through initial traction, the company realized they require more funds to build the product fast and go the market even faster. But as we know ”Where There Is A Will There Is A Way”  the idea of VIRALITY became famous and finally, the company raised the fund of $280,000, sponsored by VentureFriends. So, now VIRAL LOOPS is an independent company and has its own team working on it and Savvas is running it.

I am ToOLOwl. I have few friends in my nest; whenever someone requests a tool’s review or I pick a one out of my interest, someone in the nest does research on the tool, someone takes a tool’s walkthrough and some of them share their experiences and expert advice. Based on all; I give it a  stereoscopic vision and present important insights for you to go through and ease your selection process for tools. Wish you Happy reading, Easy choosing.
Previous Lessons from the failure of Swayy
Next SMS Sunami Generating Business Mearly by Organizing SMSes