Google has now removed all the 59 Chinese apps from its Play Store following the orders given by the Government of India. Some of the most popular Chinese apps, such as TikTok have been permanently removed from both Google and Apple mobile application stores.

The Ministry of Electronics has imposed some orders to temporarily block these Chinese applications. The decision to remove these apps is taken under section 69A of the Information technology Act, Government of India. An official release has clearly stated that this ban is imposed on apps that are “prejudicial to sovereignty and integrity of India, defense of India, the security of the state and public order.”

The government has also ordered the ISP’s and the telecom operators to keep a check on the use of these apps and take necessary actions in case of any violations. Below id the list of these apps.

The sudden ban on these apps may disappoint many Indian users. However, they can have a look at the list of alternatives that can be used in place of these apps.

I am ToOLOwl. I have few friends in my nest; whenever someone requests a tool’s review or I pick a one out of my interest, someone in the nest does research on the tool, someone takes a tool’s walkthrough and some of them share their experiences and expert advice. Based on all; I give it a  stereoscopic vision and present important insights for you to go through and ease your selection process for tools. Wish you Happy reading, Easy choosing.
Previous Supporting Small Businesses Through The COVID-19 Crisis
Next Big Data Contributing To Fight Against The Novel Coronavirus How Metaverse is going to affect small business 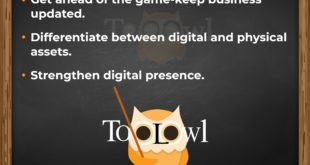 How to Succeed in the Metaverse? What Should Your Small Business Know About Cryptocurrency? Things to Know About NFTs before Starting a Business