ToOLOwl May 8, 2017 Business, Technology Express yourself… owl is listening 1,150 Views 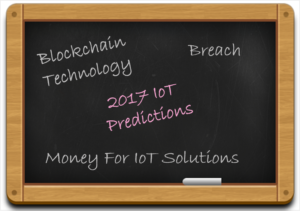 In 2017, you move outside your car and it reminds you about those keys you left inside then… The Internet of Things will connect smart devices and its wireless communicating technology is going affect the routine lifestyle. Yes, with the arrival of 2017, new techniques, platforms, practices will come to the floor amongst which IoT is the bigger one.

It has been the talk of the industrial town. However, the faster-moving technology has started playing key roles in the personal settings as well. The wide range and great appeal of the concept are going to change the lives of people and society has something bigger in its pocket for the upcoming year. How about a sneak-peak of IoT from the 2017 year? Following are the predictions regarding IoT for the year.

Distribution of software related to this will increase in various platforms. The devices, cloud services and gateways will be going to leverage it to substitute improved technology. Targeting this distributed architecture, the IoT solutions design will be followed. The automatic and advanced functionality will perform most of the work for the machine learning and Artificial Intelligence using the IoT devices.

As per the prediction by Forrester Blockchain will bring the first prototypes of smart contracts. Blockchain acts as the proof of all the financial transactions on the network. Researchers will leverage IoT’s autonomous function to carry out the distributed transactions using blockchain technology.

Since the new technology will bring new opportunities and habits, it also will reach different areas. Government’s security and surveillance applications, fleet management in transportation, and warehouse management in retail are some of the examples. IoT adopted sectors will experience vulnerability. As the result, hackers will try to exploit security breaches in the environment of connected devices.

Common people will realize the beauty of internet of things with its mobile moments. They can make faster changes and choices with connected devices. This will be the most visible and appreciable thought of the technology changing the living. With connected devices such as smart watches or home appliances, mobile moments will be increased. Moreover, the basic connected home devices will provide data helping the service owners to connect better with the consumers. The new categories including appliances with virtual assistants and smart camera systems will be a major attraction.

A huge amount of money will be spent on its development in the upcoming years. Similarly, the connected technology that will serve devices in our homes and cities will get an increase in the amount. All in all, money will be the beginning towards IoT establishment in 2017.

According to a survey by TEKsystems, 45% of IoT firms face a struggle in finding the suitable security professionals. It implies towards a tougher time in the recruitment section of a smart platform organization. The companies that will focus on digital transformation in 2017, will face challenges in recruitment of talented candidates for IoT management.

IoT technology lacks standards that guide in its use and performance. This industry substitutes no specific boundaries from where a user can pick the required information and implementation. Unlike Google, which is the central powerhouse of most of the searches for executing sharable standards, IoT holds no open source standards. This will be an issue in 2017 for demanding control of IoT subsets.

The basic definition of IoT will get improvisation in 2017. Analytics will occupy the space in IoT as it will drive insights from data, according to the market research company, Lopez Research. It predicts that analytics and machine learning will be the focus of vendor ecosystems. They will deliver use cases showing improved resource utilization, predictive maintenance, and asset tracking using these insight data.

Cars being the symbol of comfort and luxury are competitive in the technology field. They will be redesigned blended by the IoT influence. HPE considers that cars will become intelligent in 2017, which is also one of the firm’s priorities. According to the company, cars will be able to communicate with the environments and will increase the parameters of security and convenience for the drivers. Moreover, It will be targeted to manufacture self-driving cars in near future.

IoT shares significant similarities with startups in the world. Startups and IoT both targets the pain points of the average people and presents smart solutions. Instead of services from large organizations, startups strive better in contributing to a daily lifestyle like smart technology in our homes. Imagine the mix of both platforms that eventually will be understandable and helpful for the people. In contrast, bigger firms work on technology with slow pace and results. 2017 will make an advantage for startups.

IoT technology will start ruling in 2017 as it has immense potential in the digital era. New businesses and opportunities will take place in this sector. Concisely, IoT will contribute smart solutions to the world in 2017.

I am ToOLOwl. I have few friends in my nest; whenever someone requests a tool’s review or I pick a one out of my interest, someone in the nest does research on the tool, someone takes a tool’s walkthrough and some of them share their experiences and expert advice. Based on all; I give it a  stereoscopic vision and present important insights for you to go through and ease your selection process for tools. Wish you Happy reading, Easy choosing.
Previous Appknox- A Mobile Security Solution Provider
Next Does Your CRM Need an Update….???