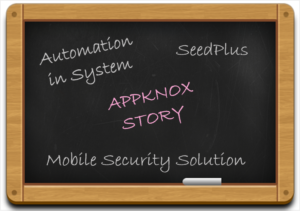 Introduction to the venture, Appknox is an effective placement in the world where mobile use has gone to the apex. Appknox is a venture of Harshit Agarwal, Subho Halder, and Prateek Panda in early 2014. Appknox is a mobile security solution for all the enterprises and mobile developers. The company has gone through the process of funding led by SeedPlus. The company has raised $650000 in pre-series – a round of financing.

The explosive growth of smartphones has led to the industry of app development where marketing is the only good. In between the process of marketing the apps and doing business out of everything, security has suffered to the apex. Appknox realized the problem of mobile apps and offered mobile security solutions to the enterprises and developers.

The company has already started to work in India since its collaboration with e-commerce and payment companies such as Paytm, Times Internet Ltd, BigBasket, and CitrusPay. In Singapore, Appknox counts companies like Redmart and HOOQ.

Firstly, the company procured JDI Asia accelerator program in Singapore in 2014, secondly, Microsoft Accelerator in Bengaluru. But, it is the first time when Appknox has raised the formal capital.

In discussion with the co-founder Harshit Agarwal, he revealed that the funds would for fueling South-East Asia expansion. They will incur deep automation into the system to improve the client’s experience without compromising security.

Related to the expansion of business in overseas, Harshit preserves an idea about strengthening its market in Singapore and Malaysia.  After making a potential growth in the market of Singapore and Malaysia, he plans to keep Indonesia, Thailand, and Vietnam in the pipeline. “We intend to establish a significant presence in South-East Asia and further expand our reach to Asia Pacific over the next four to six months,” he said.

Revealed through a report from Gartner that by 2017, a maximum number of the mobile app will fail for the question of security. And, 90 percent of the mobile apps in Singapore are not able to declare a collection of data and its specified usage. Hence, Singapore is more mature and takes security much more seriously.

According to Prateek, the Indian market has a lot of potentials but requires more exploration and studies from government’s proactiveness. But, if India also initiates to expand in other nations, we can be solicited with security and overall development.

I am ToOLOwl. I have few friends in my nest; whenever someone requests a tool’s review or I pick a one out of my interest, someone in the nest does research on the tool, someone takes a tool’s walkthrough and some of them share their experiences and expert advice. Based on all; I give it a  stereoscopic vision and present important insights for you to go through and ease your selection process for tools. Wish you Happy reading, Easy choosing.
Previous Project Management software Product Review- Processd
Next 10 IoT Predictions for 2017

Business Tips that will Save Your Extra Efforts

Some Of The Best Low-Cost Business Ideas

Do you have a dream of starting a new business but have low capital, here …