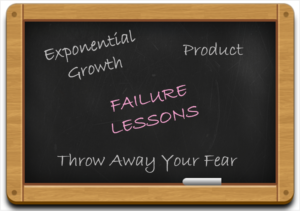 Abhimanyu Grover was born in a middle-class family and grew up with family members who used to talk business all the time. This made a mark in his life. He started his first business as soon as he completed his schooling and in a few years, started a couple more. Starting from zero, he passed through three different life changing phases. Each phase had a mix of feelings like narcissism, paranoia, god-complex and much more.

Grover dreamt of cars and planes he would buy once he started his business like any other normal person. Dreaming is good, but the path to achieving that dream is not an easy path.

Grover was a good student and was curious to learn new things. He was confident, and this made him believe that business was not a tough thing to do. He had this confidence because he had seen and met many successful business people who dropped out of school.

Contrary to his expectation, he had learned that he was wrong through the hard way that people pay heed and only when they can see a good working product. He then realized that his confidence was over-confidence. He says that one has to lose the over-confidence attitude and accept that the failure will often knock the door on their way to success.

Throw Away your Fear

Grover as a kid was often thought not to take risks. Soon he learned that risks were good. He understood that risks gives experience and believes that a risk is a drug which tempts people to take more risks once anyone has taken it. Grover advises to avoid an all-in-or-nothing approach and instead find the right balance between the “no risk” and “too much risk” to run a successful business. Grover advises to take risks and learn as early as possible. He believes that even lack of money should not push anyone back from taking the risk. In fact, in case people are out of money, they must save some and then risk some.

A few years ago Grover had stopped growing not financially but in a personal sense. He had stopped learning and had lost the curiosity he had in the beginning.  His sense of wonder was disappearing. He slowly learned the life is not about the back balance. He started taking new challenges and learned new things.

Once people start to make there must be a transition from “making money” to “creating value”. This time risks are not for money, but for value addition. Exponential growth takes place at this transition level. The increased risk, increases the learning opportunities, potential returns and the growth of the business.

The above three stages crossed by Grover might help the growing entrepreneurs. His businesses include Giga Promoters and Crowd Vox.

I am ToOLOwl. I have few friends in my nest; whenever someone requests a tool’s review or I pick a one out of my interest, someone in the nest does research on the tool, someone takes a tool’s walkthrough and some of them share their experiences and expert advice. Based on all; I give it a  stereoscopic vision and present important insights for you to go through and ease your selection process for tools. Wish you Happy reading, Easy choosing.
Previous 10 Best New Social Media Tools to Try in 2017
Next Easily Order Online With Niki App