Trakio- Story of an app that tracks customer’s data 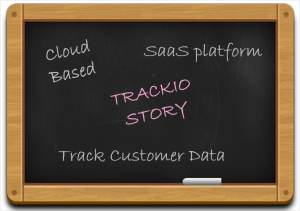 Trakio (Trak.io) is a cloud based platform for SaaS applications to track customer data. The tool provides the service based on customer interaction with the user apps, whether it is on a web app or a mobile app. It provides a more focused and relevant metrics to the users developed from the customer activity like where they spent more time, what worked and what didn’t. Trakio gives data analytics that are informative and explores new business aspects and opportunities.

The way Trakio works was never that easy, the founders filtered the tool based on their analytical learning. They focused on analytics instead of being mere CRM and pushed data to create helpful funnels for non-technical marketers and sales teams.

The company Trakio is based in London, UK. The users track data on customers worldwide, but they store all data on the servers within the EU. The platform is built to support companies with data of all sizes and is sponsored by cloud hosting industry leaders, Amazon Web Services.

The company was founded by two best friends, Liam Gooding and Matthew Spence and they became business partners in May, 2013. They just wanted to see if they could create a simple database system that can provide analytics and predictions based on user’s behavior. They both had SaaS backgrounds and knew how much useful data was being wasted because it was too hard to manage and was complicated to do anything with it. They had already decided that they wanted to look for a big problem in the world, and Big Data seemed as big as it could get.

Momentarily, in one evening, Liam predicted about Big Data that in the future, the amount of data people would be willing to give up about themselves would be huge.

The rate of data increase over the years would be very high and the volume of data known about a person in the future would be 10 times greater than it is today. Facebook or Google browsing history would just be one small fraction of the data footprint people will leave about themselves. Health, tech, location, purchases, food & drink consumed, even every word we speak would also be a possible part of the recorded data in the future.

The idea got transformed into a data project that was called ‘TrakDB’ and was built solely for the purpose of recording everything about a person. It was a combination of process and approach built on top of MongoDB.

They wanted to know if SaaS companies would be able to make use of this insight today. They started calling friends at software companies and their suspicions were confirmed!

Backed by Kima Ventures, Christian Wendler, MML partners, Liam and Matt built the Trakio cloud platform, and this is how the company was born.

I am ToOLOwl. I have few friends in my nest; whenever someone requests a tool’s review or I pick a one out of my interest, someone in the nest does research on the tool, someone takes a tool’s walkthrough and some of them share their experiences and expert advice. Based on all; I give it a  stereoscopic vision and present important insights for you to go through and ease your selection process for tools. Wish you Happy reading, Easy choosing.
Previous 10 LinkedIn Marketing Hacks to Grow Your Business
Next Social Powered CRM