Affimity- The Next Social Networking Era 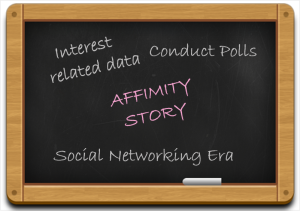 Social Networks have attracted almost the entire world towards them. These sites help people expand their social network over the internet. But these networks bring along with them a lot of unwanted and undesired content and news. This is what Bengaluru based Affimity targeted and tried to overcome, which resulted in a positive outcome and made the company a success, giving inspiration to move further.

Avoiding the unwanted mess and news is what Affimity focused on. Affimity brings to you only the content that you are interested in. You can meet and follow new people who share the same interests as yours. The application provides a list of interests for you to select at the time you first sign up. Doing this brings you only the content related to the interest you selected. You can later change your interests also. The application has been praised by a lot of users saying that it has helped them a lot to connect to like-minded people and kept them away from stuffs out of their interest zone. Instead of just focusing on the interest related data, the developers also created the idea to conduct polls and ask questions to make it more interesting and interactive.

Where did the spark come from?

Having become a successful start-up, the question arises who got this wonderful idea and how? The answer is Vekata Ramana. Venkata Ramana, IIT Chennai and Stanford Alumnus, a parent to toddle twins was in search of communities where he could understand his parenting milestones. But to his disappointment he didn’t find any such satisfactory platform. It was then that struck his mind that there must be a platform that brings people with like interests. He thought this could be achieved by simply attending to people’s interest first rather than their acquaintances.

Having the idea in mind, Vekata wanted a team to implement this. He had already worked with Praveen and Amar Singh and was in frequent contact. Amar is an experienced person in large scale management of IT operations while Praveen was leading HP’s Big Data R&D team. Having known the networking limitations, the two along with Venkata decided to work on Affimity.

Within months of launch, the team got good reviews and appreciations from several users as Affimity allowed them to follow only the interested areas. Around 50 percent of the users were from India and USA and the rest from the other parts of the world. The team funded around $1.2 million of angel funding from the Silicon Valley angel inventors and founders. The team will invest this money to expand their services in India and other countries. Their immediate plan is to trim the contents to make the content much better and create more communities as their audience expands.

I am ToOLOwl. I have few friends in my nest; whenever someone requests a tool’s review or I pick a one out of my interest, someone in the nest does research on the tool, someone takes a tool’s walkthrough and some of them share their experiences and expert advice. Based on all; I give it a  stereoscopic vision and present important insights for you to go through and ease your selection process for tools. Wish you Happy reading, Easy choosing.
Previous 10 Best Blogging Apps
Next Top Accounting software product Review- Taxify24