A major part of the digital advertising industry in 2021 was based on customer data and some of the legitimate ways to obtain it as the decline of third party cookies. However, the second half of the year was all about Metaverse.

The centre of the audience’s attraction has shifted to the internet. The most crucial event was Facebook’s rebranding that grabbed all the attention. At the same time, the heated discussion was all around CTV, which turned into routine talks among experts. Many of these professionals have agreed that many of the measurements, as well as the attribution challenges in this niche, were yet to be resolved.

But does all these things mean that the reign of the CTV in the world of digital video advertising is over? Or the CTV ad business is just keeping things quiet, at the same time ramping up the product tech core?

The CTV is also following similar trends in the other niches of the ad market that is present all over the world. The CTV sector has been rapidly shifting its focus of development to pragmatic advertising over the past year.

Such a trend is only likely to gain more traction in 2022. The reason for this is estimated to be the massive market capitalization as well as the rapid growth of the AVOD and FAST services that are being observed. In this respect, the only prediction that can be made is the introduction of the new CTV adtech software, which is specifically aimed at the better verification of the video ad viewing options, high rate of transparency of the programmatic ad deals, as well as the highly enhanced programmatic SSAI.

It is also expected that we will see a further upgrade of the video ad player as well as the video ad server tech solutions on a global scale. All this will need to add or might have to enhance their capabilities with respect to the CTV enhancements to keep up with the high competition.

CTV Audience Data will be in High Demand

It is difficult to underestimate the importance of access to first-party data in the emerging CTV segment. At the same time, the key holders of such data are identified to be the streaming providers who are striving continuously to increase and maintain their subscription rate as well as the base of the advertisers. The fact is, they are not the only ones for this.

It is believed that the CTV OS operators have an abundant amount of audience data. This includes their streaming patterns and preferences on their content or ads. All this type of data is all monetized with the help of proprietary streaming services, which can easily become a second-party data asset in 2022.

Reason for all this is Pretty Clear

Firstly, it is less likely that the share of each of the OS operators with reach a steady growth in the presence of the data monopolies. The second reason is, the rapidly increasing of pragmatic ads are related to the segment that will increase the demand for more precise audience segmentation.

Towards the end, the overall video ad spending carried out on CTV will push the streaming market further in its evolution. At the same time opening a new way to the launch of many more relevant services and applications.

I am ToOLOwl. I have few friends in my nest; whenever someone requests a tool’s review or I pick a one out of my interest, someone in the nest does research on the tool, someone takes a tool’s walkthrough and some of them share their experiences and expert advice. Based on all; I give it a  stereoscopic vision and present important insights for you to go through and ease your selection process for tools. Wish you Happy reading, Easy choosing.
Previous Importance of Trigger Emails
Next How Podcasting is a Valuable Marketing Tool for your Business 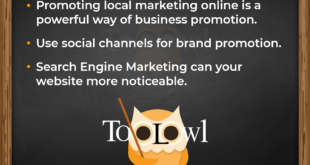 How to use LinkedIn to Market your Brand

8 Simple ways for Small Businesses to use SEO for Growth