How Entrata, A College Startup Made It to $100 Million 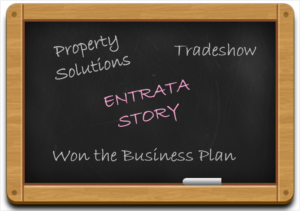 Entrata started its journey by a group of college students. The business was started by a couple of young and inexperienced college students. With efforts and hard work put together, later it became one of the fastest growing companies. Entrata was a project the team took after they had a little previous experience with another project that dealt in sending letters. This project then grew into an internet retail service that sent hundreds of letters and packages over the internet.

Learning from the previous experiences, they soon started to work in Entrata, which is formally known as Property Solutions. The project was started by the team without having any deep knowledge about property solution management.

Also, they did not know much about building or engineering a tech platform or product. They started this product only with a business plan. This plan was also developed for a university competition which, they won at the end.

Entrata started in the year 2003 as a small project. The team did not close the shutters till the next five years. This project was not a big hit as the team had little experience. They worked a lot hard for the next six years, with 14-hours of work a day. They also invested every penny they had into the business. Gradually as time passed by, they discovered a lot of new things and learned many lessons. Eventually, all the efforts they put towards this project paid them well.

They believe their inexperienced decisions made them fearless. This factor of not being afraid of anything made them hit more things. When they started as a full-fledged company soon after the won the business plan, they did not know much about the real estate business. Not worrying much, they started to work on this project, and luckily, they achieved more success than the expected.

The company was such small that it was unidentifiable at the beginning. The team hired some 100 temporary employees to represent it for the trade shows. At this time, the team did whatever they thought that could make the company stand out.

After a lot of efforts put together, the team strongly established the company that was centered on the unique values and standards of the corporate world. With a strong customer base, the team proudly walks on the tradeshow lanes promoting their business. Now, people from the corporate world are well aware of Entrata’s personality. The team, therefore, motivates young entrepreneurs to stay focused and work hard for their goals to become successful in their business activities.

I am ToOLOwl. I have few friends in my nest; whenever someone requests a tool’s review or I pick a one out of my interest, someone in the nest does research on the tool, someone takes a tool’s walkthrough and some of them share their experiences and expert advice. Based on all; I give it a  stereoscopic vision and present important insights for you to go through and ease your selection process for tools. Wish you Happy reading, Easy choosing.
Previous Growth Hacking Tools Product Review- DickyBird
Next 10 YouTube Marketing Tips for Reaching More Millennial Consumers